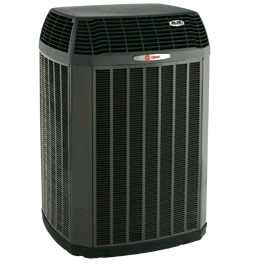 Reliable Heating & Air is a local service company offering residential and commercian HVAC, heating, air conditioning, plumbing, electrical and home performance contracting services. We are conveniently located in Kennesaw, Georgia. We are proud to be a Trane Comfort Specialist. The Trane Comfort Specialist award indicates that Reliable Heating & Air has met the highest Trane standards for customer satisfaction and continuing education.Over many years, we have established a tradition of excellence, providing a first-class service experience at fair prices to our neighbors in the Atlanta area.

Reliable Heating and Air has steadily grown to be one of the most respected and well-known heating and air conditioning service contractors in the southeast and has been recognized time and time again for superior customer service and customer satisfaction, most recently being awarded "Best of the Best" Heating and Air Contractor by the readers of 4 separate publications in Alpharetta, Roswell, East Cobb and Woodstock.

Service Type : Yes, this business serves customers at their Location
Emergency Services:Services are available 24 hours a day 7 days a week

Heat Pumps are air conditioners that run in reverse to extract heat from outside and pump it inside.This type of heating and cooling system is the most misunderstood as it is not something special or unique, but virtually identical to an outside air conditioner unit, but contains the ability to reverse its flow of refrigerant to allow it to heat and cool.
Heat pumps can be installed with an electric furnace on the inside or they can be combined with a gas furnace to create a dual fuel hybrid heating and cooling system.The dual fuel hybrid system uses the electric heat pump to heat your home in the more moderate temperatures and automatically switches over to gas during temperatures below freezing.
The heat pump can sometimes heat your home more economically during the winter due to the reduced cost of electricity charged by the power companies in the colder winter months.A heat pump also makes an ideal heating and cooling system for a basement remodel or a room addition due to the efficiency and lower upfront cost involved with installation versus a traditional gas heating and straight cooling system.
One should check with their local utility company as those companies often times give rebates to help defer the cost of installation of a heat pump system.Every air conditioner that Trane builds has an equivalent heat pump model with similar features, benefits and warranties.

EcoMech-Heating-and-A EcoMech Heating and Air Services specializes in high efficient heating and
Assured-Comfort-Heati Assured Comfort was started by Jerry Hall in 2002, with the goal of